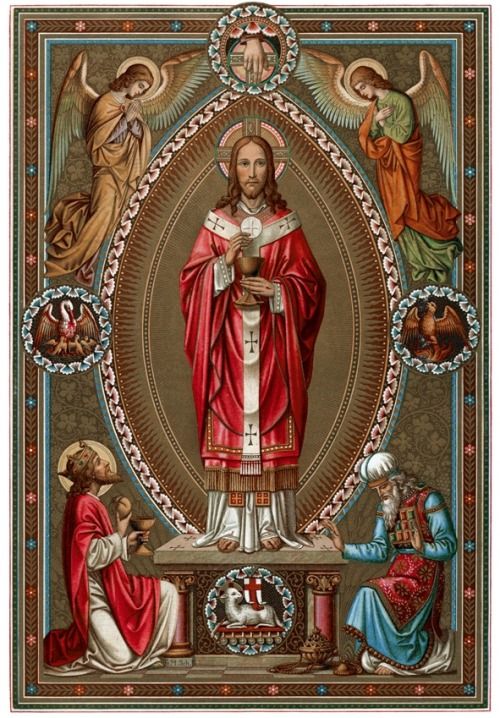 Don’t worry this isn’t the wrong homily! Just setting the stage for the Gospel reading!

The Mass that ends the season of Lent, and begins the Easter Triduum, is the Mass of Holy Thursday, the Mass of the Institution of the Eucharist, and the Priesthood. In the homily for that Mass, I said that we can see Jesus instituting the priesthood through three aspects of the Last Supper.

First, in the Gospel of John, Jesus begins the Last Supper by washing the feet of the disciples. This hearkens back to God’s instruction to Moses for preparing Aaron and his sons to be the beginning of Israel’s priesthood. Anytime they were to offer the priestly liturgical sacrifice, they first had to bathe (which I’m sure the altar servers were thankful for). So that’s the first aspect of the last supper instituting the priesthood.

Second, At the Last Supper, Jesus said, “This is my body, and this is my blood, for the forgiveness of sins.” So Jesus is making a flesh and blood sacrifice. And anyone at that time knew that only priests can offer ritual flesh and blood sacrifice for the atonement of sins. And so when Jesus then followed his words by saying, “Do this in memory of me,” he is telling his apostles to continue offering this sacrifice. So to do that, he is instituting a new priesthood, that is like the old priesthood, but made new, and participates in his own priesthood as high priest. That’s the second aspect of the last supper instituting the priesthood.

In this prayer, Jesus prays first for himself. He begins by saying, “Father, the hour has come. Give glory to your son, so that your son may glorify you.” Second, Jesus prays for the twelve. He begins this part by praying, “I revealed your name to those whom you gave me out of the world. They belonged to you, and you gave them to me, and they have kept your word.” And he ends this second part by praying, “Consecrate them in the truth. Your word is truth. As you sent me into the world, so I sent them into the world. And I consecrate myself for them, so that they also may be consecrated in truth.”

So where the high priest is praying for the other priests who share in his high priesthood, Jesus, the true high priest, prays for the Apostles, and for their consecration and ministry. Then he begins the third part, which is our gospel reading today. Jesus prays, “I pray not only for them, but also for those who will believe in me through their word, so that they may all be one, as you, Father, are in me and I in you, that they also may be in us, that the world may believe that you sent me.” So where the high priest is praying for Israel, the people of God, Jesus prays for the Church, the New Israel, the New People of God. Jesus is praying for all the Christian faithful, the Church built on the foundation of the Apostles.

In the three-year cycle of the Lectionary, the gospel reading for the 7th Sunday of Easter each year is one of the three parts of this prayer. This year we’re in year C, so our reading today is this last third of the High Priestly Prayer. In the Gospel reading, Jesus prepares his Church for the sacramental liturgy of the end times—the pouring out of the grace of His Paschal Mystery into the Church, and through the Church into the world. He prays for the Church, that they may be one, as God the Son and God the Father are one; which is to say, in the perfect self-giving agape love of the Holy Spirit, the love of the Holy Trinity. It is this witness of love—within the Church, and outward toward others—that is to be the signature feature of the Church and her members, not just so that we might be one with God, but so that the world might believe.

Throughout the Easter Season, the second reading has taken us through the Book of Revelation, the last book of the Bible, today we reach the end of the book. It is said that Martin Luther wanted to omit this admittedly confusing writing from the canon of Scripture, saying “Revelation should reveal something.” Of course, it does reveal something. In simple terms, the Book of Revelation operates on two levels: First, it gives a symbolic representation of the times it was written in, expressing the experience of the early church amidst great suffering and persecution, revealing it as a reason for hope and joy in the accomplishment of the divine plan for salvation. And second, it is a mystical prophecy of the second coming of Christ in judgment at the end of time. The difficulty comes from the book using the same mystical words and images to mean both levels, both events, both times, together. 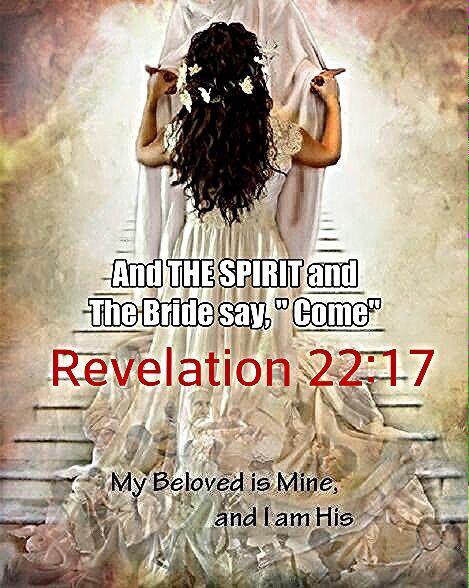 In our second reading for today, which is the end of the book of Revelation, we have Jesus promising his return, the promise of judgment and justice on the good and the bad, a blessing for the suffering faithful, and finally, the reminder that we want this, we pray for it. The Church, the Bride of Christ, and the Spirit, the love that gives the Church unity, the Spirit and the Bride say to Jesus, “Come!” Let all who hear this say, “Come!” Then in the final verse, John as the narrator joins this chorus, saying, “Amen!  Come, Lord Jesus!” And except for one short verse of blessing, those are the final words of the bible. Not only will it be an end to the persecution and suffering, but it will be the manifestation of all that we know by hope and faith, the dropping of the veil between our world and the true eternal world, the coming of the New Jerusalem, the Heavenly City of God.

And then finally, after talking about the final end of Christian persecution in the second reading, we have the beginning of it in the first reading. Saint Stephen said he saw the heavens opened and Jesus standing at the right hand of God.

This is the only place that describes Jesus as standing, rather than being seated, at the right hand of God. A king seated on his throne would rise to greet an honored guest, and Jesus stands to welcome Stephen, whose name means “crown,” as the first after Christ to win the crown of martyrdom, of witnessing to his faith in Christ to the extent of giving his life. Stephen had been mentioned earlier as one of the men nominated to be the first “deacons” in the Church, to help the Apostles by ministering to the temporal needs of the Christian community. He was described as a man filled with faith and the Holy Spirit. After testifying to Christ against the Jews who rejected him, Stephen was stoned to death. The description of his death is meant to set a model for future Christians, of imitating (and so, participating in) Christ’s giving his life. Not necessarily by the cause of death, as Jesus was crucified and Stephen was stoned, and later Christians would be killed in a cruel variety of methods. But like Christ, and like Stephen, Christians were to follow the example, in their final moments, of commending their spirit to the mercy of God, and praying for God’s forgiveness for their persecutors.

And so next Sunday, we celebrate the feast of Pentecost, the sending of the Holy Spirit to give the Church its life, power, and unity. And with that, we will finish the season of Easter, and begin Ordinary Time—not “ordinary” in the sense of bland and unremarkable, but “ordinary” in the sense of time ordered, organized, for living out our Christian Life, toward sharing in Christ’s mystery of suffering and hope, sorrow and faith, the cross and resurrection: that through the grace of the sacraments, we are united into this mystery of God’s self-giving love, and we carry out the Church’s mission in Christ: to bring God to the world, and the world to God.