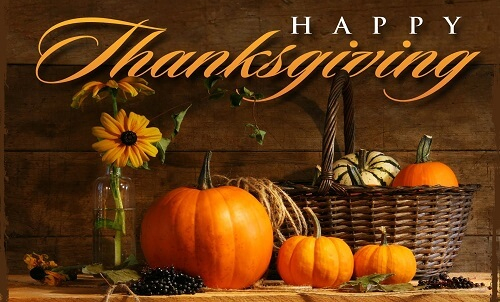 Today’s national celebration of Thanksgiving is a holiday that, in many ways, requires some sense of the supernatural, whether everyone cares to acknowledge it or not. And perhaps some part of the growing secular criticisms of the traditional celebration of this holiday reflects the larger rejection of the God to whom we truly owe our thanksgiving.

Many of our nation’s Founding Fathers are identified as Deists (an intellectual movement of the 17th and 18th centuries that accepted the existence of a supreme being, the creator, on the basis of philosophical reasoning, but rejected serious religious devotion). George Washington was raised and somewhat associated with the Anglican Church (the Church of England, and of Virginia). His writing frequently mentions God, and Providence, but never Christ. Still, like many of the Founding Fathers, he held that (perhaps moderate) personal religious belief of some sort was good for the human person, and a society of (perhaps moderately) religious people was good for the nation.

As devoted members of the the Church, the Body of Christ, we’re not thanking some impersonal cosmic force, or some abstract unknowable deity, that is left distant by the limits of philosophy. We share with deists in accepting the intellectual and philosophical truth of a supreme being, the creator. And we accept the (sometimes metaphorical) history of the supreme being’s self-revelation and his intimate involvement with his creation, particularly his love and care for humanity. We thank the one true God, of Abraham, Isaac and Jacob, the God and Father of Jesus Christ Our Lord, and Our Father, who has lovingly revealed himself and his goodness to us, for our happiness and our salvation.

I spoke about this before, but there was a particular kind of ritual sacrifice in Israel that was called the Todah. It wasn’t a sin offering, but a thanksgiving offering. It was a festive sacrifice of animal, wine, and bread, offered as part of a sequence of experiences, in which you (1) were in a situation of distress, (2) you prayed to God, (3) and made a vow to offer the Todah sacrifice if God would save you, (4) God saved you, (5) you paid your vow by offering the Todah sacrifice in the temple, (6) the Temple priest would ritually sacrifice your offering, but instead of keeping it, he would give it back to you to have a thanksgiving feast, and (7) you gave public testimony in the Temple about how God saved you.

The celebration of the Eucharist is (in part) a Todah sacrifice. Eucharist means “thanksgiving.” We bring our sacrifices of bread and wine (and ourselves and our prayers) to the priest. We often hear the word “oblation” in the Eucharistic prayers. An oblation is a bread (grain) sacrifice. We bring our offering to the priest at the altar (the priest standing in persona Christi, in the person of Christ the High Priest). Christ receives our sacrifice and uses it to present the perfect sacrifice of his own supernatural body and blood to God the Father on our behalf. God then accepts that perfect sacrifice (as both a sin offering and a thanksgiving offering), and then gives it back to us as “our daily bread,” the flesh of the Lamb of God (who said, “I am the bread of life”). Then we go out and share our testimonies of how God has saved us.

(I’m happy to have encountered this concept of the Todah sacrifice, because I had wondered, if we’re sacrificing this and giving it to God, how do we then receive it and eat it. Now it makes sense!)

The Founding Fathers, in their great wisdom, established the nature of their new nation on the inspired principles of divine wisdom, with wise reflection upon human history and experience (Charles Carroll, the only Catholic to have signed the Declaration of Independence, kept feeding them the social theology from St. Thomas Aquinas, without telling him where he got it from). They had recently emerged victorious against overwhelming forces, and from 150 years of near desolation of early settlements, and the frequent threat of weather, diseases, starvation, wild predators, and tensions with native American tribes. They recognized that Divine Providence had to have been leading to the founding of this nation, against such unreasonably unlikely odds. In other words, sharing a sentiment that we might know from our own lives, it had to be God’s doing, because it couldn’t have happened if it had been just up to us.

So, the main part of our reflection today is going to be our first President’s proclamation of Thanksgiving, in which his sense of the hand of Providence upon the American Republic is quite clear. Indeed, his mixing of church and state, the symbiosis between belief and practice, is undeniable. Consider the tone, humility, and outlook of President George Washington.

Just seven months after the U.S. constitution became effective (on March 4, 1789), here we have the first president, obeying the request of Congress to assign a day, through government proclamation, to be one “devoted by the People of these States to the service of that great and glorious Being, who is the beneficient Author of all the good that was, that is, or that will be…”

By the President of the United States of America; a Proclamation.

Whereas it is the duty of all Nations to acknowledge the providence of Almighty God, to obey his will, to be grateful for his benefits, and humbly to implore his protection and favor—and whereas both Houses of Congress have by their joint Committee requested me “to recommend to the People of the United States a day of public thanksgiving and prayer to be observed by acknowledging, with grateful hearts, the many signal favors of Almighty God, especially by affording them an opportunity peaceably to establish a form of government for their safety and happiness.”

Now therefore I do recommend and assign Thursday, the 26th day of November next, to be devoted by the People of these States, to the service of that great and glorious Being, who is the beneficent Author of all the good that was, that is, or that will be—That we may then all unite in rendering unto him our sincere and humble thanks—for his kind care and protection of the People of this Country—previous to their becoming a Nation—for the signal and manifold mercies, and the favorable interpositions of his Providence which we experienced in the course and conclusion of the late war—for the great degree of tranquility, union, and plenty, which we have since enjoyed—for the peaceable and rational manner in which we have been enabled to establish constitutions of government for our safety and happiness (and particularly the national One now lately instituted)—for the civil and religious liberty with which we are blessed; and the means we have of acquiring and diffusing useful knowledge; and in general for all the great and various favors which he hath been pleased to confer upon us.

And also that we may then unite, in most humbly offering, our prayers and supplications to the great Lord and Ruler of Nations, and beseech him to pardon our national and other transgressions—to enable us all, whether in public or private stations, to perform our several, and relative, duties properly and punctually—to render our national government a blessing to all the people, by constantly being a Government of wise, just, and constitutional laws, discreetly and faithfully executed and obeyed—to protect and guide all Sovereigns and Nations (especially such as have shewn kindness unto us) and to bless them with good government, peace, and concord—To promote the knowledge and practice of true religion and virtue, and the encrease of science among them and us—and generally to grant unto all Mankind such a degree of temporal prosperity as he alone knows to be best.

Given under my hand at the City of New York the third day of October in the year of our Lord 1789. George Washington.

And so let us offer our prayers of need and petition, yes; but also our prayers of thanksgiving and praise, giving glory, in all circumstances, to God, whose love and mercy endures forever. Happy Thanksgiving, and God bless you. 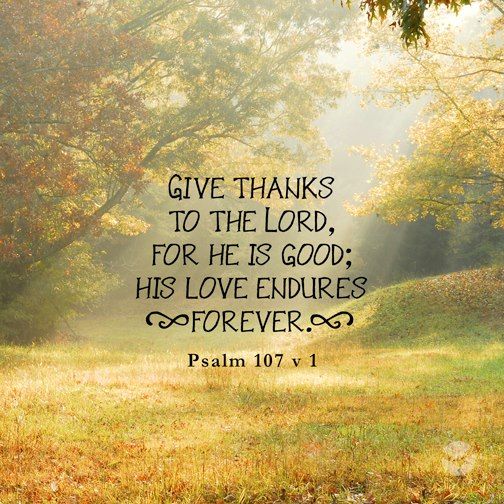